What I Wore + Packed for My Ultramarathon 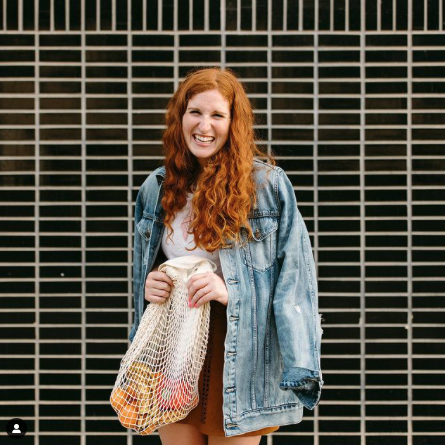 Here to encourage you on your own bold pursuit of intentional living as I live out my own. I’m passionate about running, spending time doing what I love and cheering others on to approach running with joy. 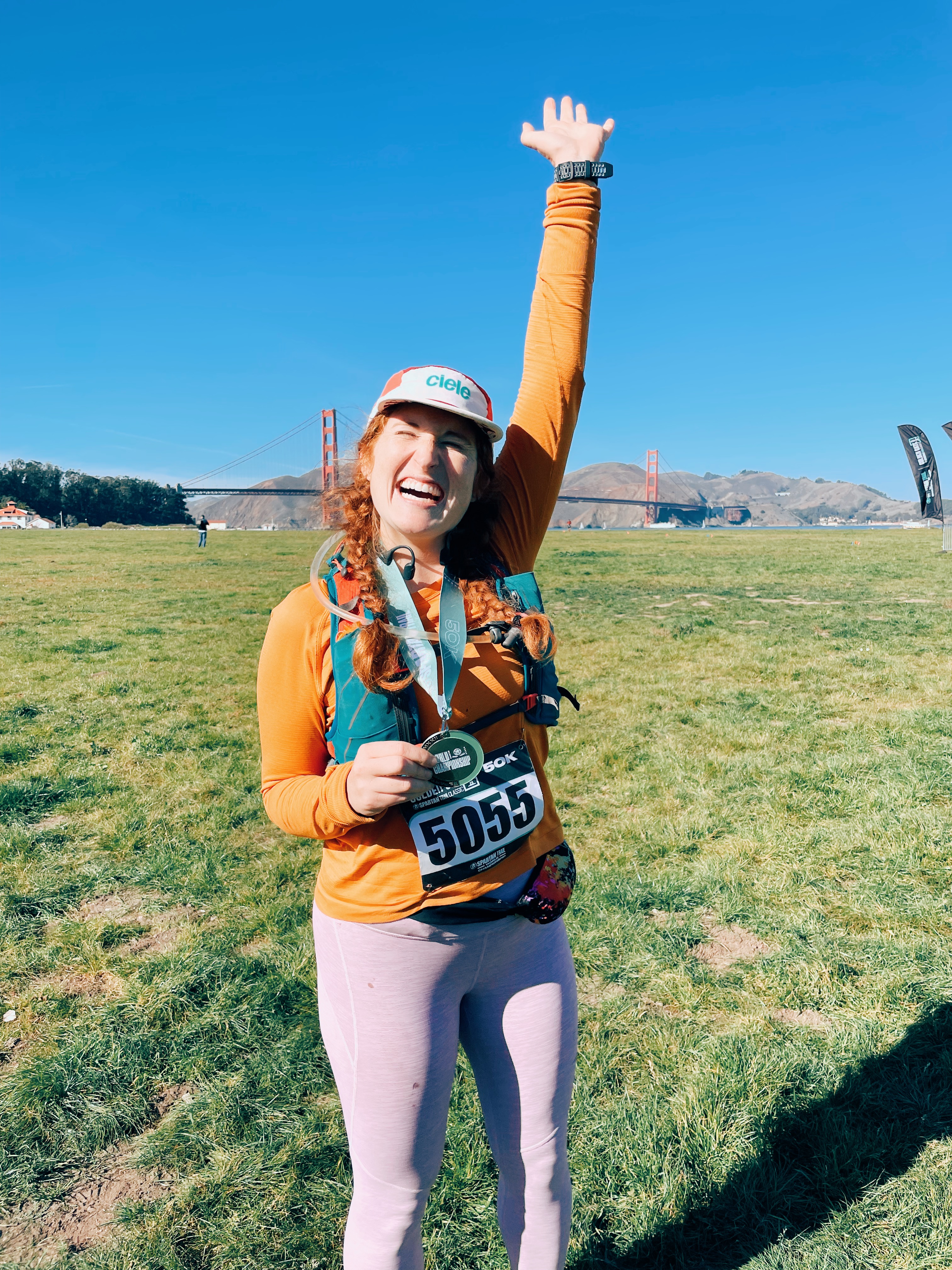 In this post I’m sharing everything I’m wearing to run 32.4 miles and what I packed for race day.

Race weekend is here! I cannot believe it’s been 18 weeks of early mornings, long runs and sore muscles. It went by so fast and so slowly all at the same time haha. This is my first time running anything over a marathon and only my second time running a trail race – my first was a trail half marathon about a year ago outside of Austin! For reference, the weather forecast for my race shows that it will be upper 40s and low 50s. I last minute decided to switch from shorts to leggings for the race because I think San Francisco 40s is colder than Texas 40s lol and I just don't want to be cold during this race!!

Lululemon Tech Swift: I’ve owned this style of shirt since my first few years of running! I bought a new color for this race and am so excited about it. It’s a great long sleeve for 4-50 degree weather since it’s a thin material, but still keeps you warm.

Outdoor Voices Tech Sweat leggings: I have only worn these once…so fingers crossed they works well for an extra long run haha! I read sooo many reviews though and feel good about going with this! They were super comfy on the one run I’ve run in them for and the material is fab. Plus, I didn’t have to fiddle with them or pull them up once!! Feel free to use my discount code DOER-MOLLYWILD for 20% off if you decide to get anything here!

Bombas socks: my go-to socks! Asking for more for Christmas, as per usual :)

Lululemon Sports Bra: I actually don’t know which sports bra this is since I bought it so long ago…I looked on their website and don’t still see this style, but I can say in full confidence this sports bra is amazing and I assume their other running ones are, too.

Osprey Hydration Vest: I originally was going to get a new vest in order to fit more and decided I didn’t want to spend money on that, so I’m going to make this one work haha. I LOVE it, but it’s better for training vs. a long endurance race where you need to stuff it with food and water.

Double Spi Belt: With the above being said, I’ll be bringing this belt, which is the same one I use for marathons! I’ll keep my phone in one pouch and gels in the other.

Ciele hat: I LOVE this brand and had been wanting one of their hats for awhile, so I finally bought one a couple weeks ago. They have so many cool color options!

Saltstick chews: It’s important to both stay hydrated and replace electrolytes that you lose as you’re running long distance, so I’m going to be taking these along the run. I won’t be sweating profusely since it will be cold, so I plan to take one every hour.

Clif bars: I started eating Clif bars during this training block and really like having them as fuels during runs! I plan to eat one mini bar per hour.

Huma gels: Huma gels are my favorite gels! I’m bringing two for every hour. I love all the flavors and they don’t upset my stomach at all.

Mashed potatoes: I’m so stoked to nom on some mashed tatz during this ultra! They were so satisfying on the one long run I tried them for LOL.

Bodyglide: My saving grace when it comes to chafing! I never chafe anymore and it’s because of this stuff. I put it literally everywhere!!

KT Tape: I don’t know if it’s placebo effect or if it really does work, but I like putting KT tape on the areas I’ve had some pain flare up. I plan on putting it on my Achilles and maybe my lower back, too.

Muscle Therapy Roll-on gel: One of y’all sent me this telling me about she had an injury and after only a couple days of using this, it was almost entirely better. I’ve started putting it on my calf and hamstring and again, could be placebo effect, but I swear I stopped having issues a couple days after I put it on!

Unicorn snot: glitter felt right. I’m not sure if I will end up using it or not (game time decision), but it makes me so happy to see runners with glitter on their face! I got the lightest one, so it’s a fun light shimmer if I’m feeling festive on race day